Mystic Mountain Sound started its life as a private studio and has worked its way up and continues to grow with its clients and projects. Serving the greater Los Angeles area and anywhere else with internet connections. It was started by its owner, David Grover, a working musician in the 70's and 80's (and still playing) who played with such artists as Lionel Hampton, Rufus and Chaka Khan, Elvin Bishop, Narada Michael Walden, Sister Sledge, Le Chic, Larry Graham, Wayne Henderson, Mickey Thomas, The Checkmates, Brian Wilson, The LA Boppers, Side Effect, Stacey Lattisaw and Mitzi Gaynor to name a few.

In working with these great artists I had the opportunity to collaborate with some of the best studios and engineers in the business including The Record Plant (LA and Sausalito), Fantasy Records, Capital Records, CBS, ABC Studios, Village Recorders, Warner Bros, Paramount Studios (Glen Glen), The Automatt and Davlin Studios while working with major engineers like Bob Clearmountain, Alan Blazek, Bill Szymczyk, Vincent Wojno and Roy Halee. 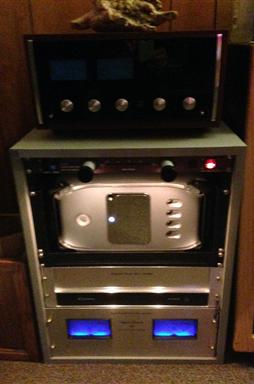